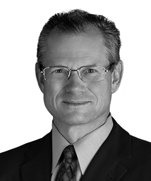 During the past 30 years Jeff Fillerup’s practice has focused on litigating and trying business cases in various venues, including state and federal court, bankruptcy court, and arbitration. He has significant discovery and motion practice experience, including preliminary injunctions and other pre-judgment procedures, and he has taken and defended more than 1,000 depositions. Since 2010 he has been lead counsel in 12 cases that have gone to trial, including intellectual property, unfair competition, franchise/distribution, real estate and fiduciary duty cases. He has particular expertise in handling and trying adversary proceedings in bankruptcy court. Mr. Fillerup is a Certified Legal Specialist in Franchise and Distribution Law, and he was selected to serve as Chair of the Franchise/Distribution Law Advisory Committee of the California State Bar for 2014. He is the author of the Fiduciary Duty Litigation chapter in CEB’s new Fiduciary Duty treatise published in 2016.